7 Practical Problems with VR for eLearning

Virtual reality (VR) is an incredible experience. I recommend you to try it whenever you get the chance. From the moment you place on a headset it exhilarates and amazes. You can travel to any location, see anything and interact with virtual scenarios.

But is virtual reality (VR) training a practical way to train your employees or customers? In this post, we run through some practical stumbling blocks that prevent VR training from being feasible for most.

What type of training are you running?

The feasibility of VR training rests largely on the type of training you are delivering. Some subjects have a blend of characteristics making VR a perfect fit. Perhaps you need to train a small number of people, who can all attend a single location, on a topic that really benefits from a virtual simulation.

For example, an oil company can fly in engineers to a central location, run through training simulations in a controlled virtual environment, using high tech equipment.

For most organizations, however, the barriers to entry are much more simple.

There are quite a number of practical considerations which prevent VR from totally overhauling the corporate training world. Some are obvious, whilst others only become apparent after using the technology a number of times. It’s important to be made aware of these limitations so that a large investment isn’t made in tech that isn’t really practical for corporate training.

VR can be very expensive. A premium VR headset, for example, costs in the ballpark of $1000. And requires a relatively powerful PC or MAC to run. This makes ROI difficult unless the value of the training is very high.

It is true however that the cost of VR technology is dropping. To be more accurate, it’s stratifying. There will always be an option to get the latest top of the range model, but now, at least there are a couple of options which may suit your budget. Newer generations of headsets like the recently released Oculus Go are a lot less expensive than it’s older sibling at $250. 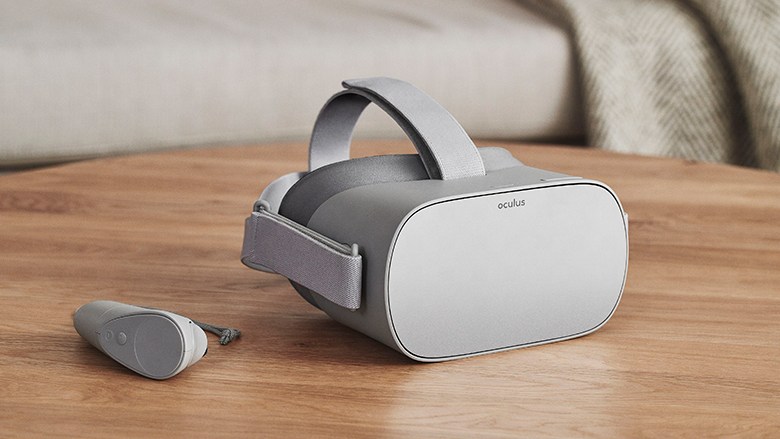 Even with this drop, it’s still expensive at scale. How many headsets do you need? Training on a mobile device or laptop is possible without extra purchases for most.

And let’s not forget that course content has to be created in a VR format. This is where things get really expensive. Your only option is to purchase courses form a very limited number of companies who provide the service. The turnaround time and cost are going to be high in comparison with traditional eLearning.

So what is the monetary value of VR training versus that of desktop and mobile training that will justify this investment?

Here’s one that will strike you immediately. You need plenty of space to use a VR headset. And if you have confined space in our office you’ll suddenly find yourself running out of space as you unknowingly wander towards walls and other obstacles, unable to see your physical surroundings! The last thing you want is to be the person who injures themselves during the health and safety training VR course!

Setting up each device can also be a chore so you’ll probably have to leave each unit set-up for convenience. Do you have space that you can dedicate solely to a VR “training station”?

Training is free from the constraints of the classroom because of mobile learning. Bucking this trend, Virtual reality training tethers you to a particular space removing that mobility. Most headsets are connected to desktop computers with long, often heavy wires. Even with a wire-free option, such as the Oculus Go mentioned earlier, you can’t really go very far while using a headset.

Taking a course on your phone during your daily commute is one thing. Strapping on a headset in transit is another thing altogether. And as a result, VR training locks us back into a classroom-based model for now.

If you have used a VR headset you’ll be familiar with the slightly unnerving feeling you experience as your vision and spatial awareness is taken away. You can see, but just not what’s actually going on in the real world around you. Add some headphones and you are locked into a level of immersion that is equal parts awesome, and unnerving. This can put people on edge, distracting them from their VR training goals.

A large proportion of people feel nausea during virtual reality experiences. This is called virtual reality sickness. Its symptoms are similar to motion sickness and only need a slight perception of motion to occur. I thought this phenomenon was a myth until I saw people quit their VR session after a few minutes, complaining of nausea.

Even if you’re one of the lucky ones, immune to the stomach-turning feeling, you’ll probably be fatigued after anything longer than a short experience. VR really taxes your senses, preventing prolonged sessions from being possible.

It’s true that courses should be created with short attention spans in mind, but sometimes a course in a VR environment will take a little bit more time than the learner can take.

The experience of being in a virtual environment is incredibly entertaining, often awesome. Even if the environment is something as mundane as an office setting. Reaching out into space to touch virtual objects floating before your eyes never gets old. The problem is that the novelty is actually distracting.

I’ll give you an example. The first time one of my colleagues tried on a VR headset, the goal in question was to drive a virtual sports car around a track. He spent most of his time turned, looking into the back of the car, admiring the upholstery and trying to open the passenger door. His focus was not on the task at hand!

Now, obviously, this is a very different scenario to a well-structured course with clear directions. But the principle remains the same. The novelty is an issue.

This one is seldom mentioned, and a little delicate. Sharing a headset with lots of different people is just not hygienic. Every office gets struck down with colds and flu from time to time. And VR isn’t going to help!

Wearing a heavy, largely glass and plastic helmet is the stuff of nightmares for germaphobes. Especially when you start to see condensation building up on the glass millimeters from your eyeballs. Even with some precautions, it’s worth noting that these products are designed for use by a single owner.

The next time you’re at an eLearning conference watch those displaying their latest VR training to the masses. They’re not wearing the headset are they?!

VR training still isn’t a reality for most

Someday, Virtual Reality will be an integral part of day-to-day life. When processing power increases, headsets shrink, and costs drop we will usher in a VR revolution for training. I think the breaking point will be if the headset becomes close to the phone in terms of ubiquity.

The bring your own device (BYOD) model pushed mobile learning forward as it was a feasible, and effective way to train a company’s entire employee base. VR on mobile devices is just not at the point where it is a viable training option. Google Cardboard is fun and accessible, but it really doesn’t add any value to training. It doesn’t aid the transfer of knowledge.

Until we reach a tipping point when the value of VR is offset by a level of accessibility, training through VR will serve a small market share of training needs. I’ll continue to enjoy VR games and experiences. But for now, I’ll continue to take courses on my tablet or mobile.